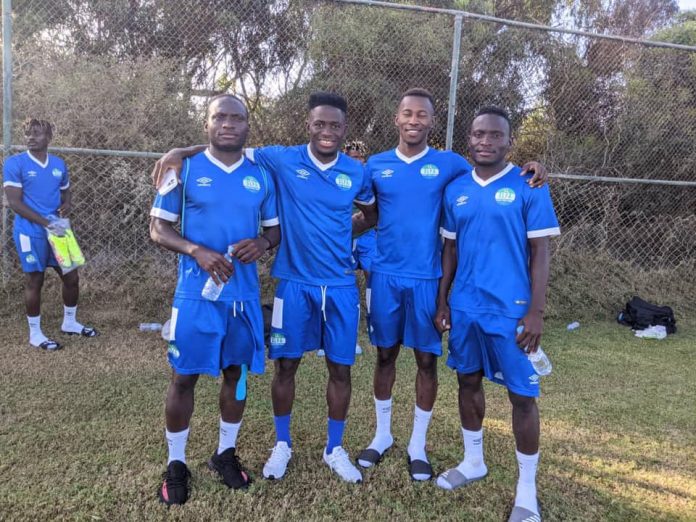 The Sierra Leone Senior National Football Team (Leone Stars) has held its first training session yesterday morning at the Royal Golf Center in Jadida, Morocco ahead of 3 lined up international friendlies against South Sudan, The Gambia and Morocco – B on 6th, 9th and 12th October 2021, respectively.

It can be recalled that Ministry of Finance disbursed to the National Sports Authority Six Billion, Five Hundred Forty-Three Million, Six Hundred and Twenty-Three Thousand, Six Hundred and Fifty-Four Thousand Leones (Le6,543,623,654) for the 30 players and 24 officials (54 man delegation) to Morocco for Leone Stars friendly matches.

The team trained with 14 players at the Royal Golf Center as they await the other players to arrive.

“The essence of these friendlies is to look out for more players for the upcoming AFCON finals, especially those who did not take part in the qualifying stage.”

“We have been at the AFCON twice before, but we want to make a difference this time by going beyond the group stage, onto the finals,” he said.

Coach Karim is also satisfied with his boys this morning. “The boys are mentally and physically fit during this morning’s training. We are looking forward to receive more players from both home and abroad.”

Seven (7) more players will jet in from abroad and 4 players from home (Sierra Leone) including Abdul Razak Conteh who have been drafted in to replace injured Kelvin Wright who picked up a late injury at his club.