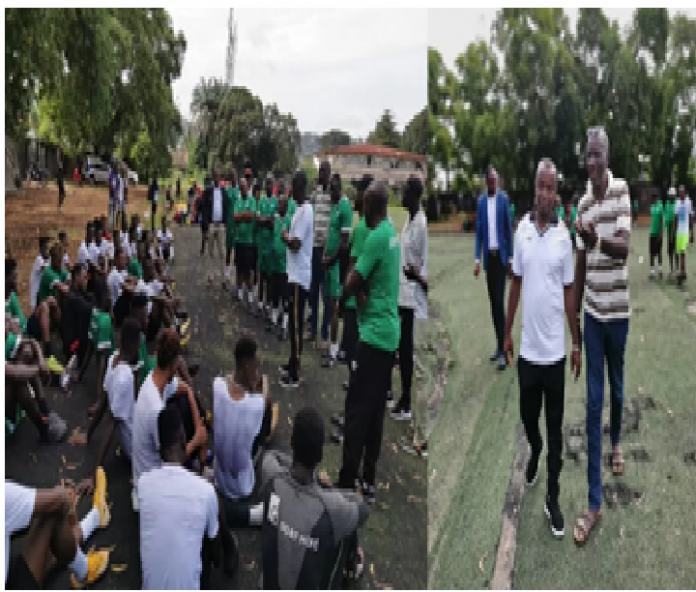 Babadi Kamara, Manager of the Sierra Leone Men’s National Team Leone Stars, has advised members of the Leone Stars and the Under 23 players to take their Hepatitis vaccine seriously.

He emphasised that Hepatitis is a terrible virus that kills its host by slowly damaging the liver. This occurred following the team’s training session at the SLFA academy property in Kingtom in Freetown.

Hepatitis is a liver illness in which the liver is inflamed. The liver is an important organ that helps the body digest nutrients, filter blood, and fight infections. The function of the liver might be harmed when it is inflamed or damaged. Hepatitis can be caused by excessive alcohol consumption pollutants, certain drugs, and certain medical disorders. Hepatitis, on the other hand, is frequently caused by a virus.

He explained the cause of Hepatitis to the participants, stating that it can be communicated through close contact with an infected individual, kissing and exchanging of bodily fluids. When you have Hepatitis, you have a chronic infection that can lead to Cirrhosis, or scarring of the liver. It is incredibly contagious and people can spread the Virus before symptoms appear. Dangerous effects such as severe liver damage, liver cancer and liver failure can develop over time he emphasised.

When you have Hepatitis, you have a long-term infection that can lead to Cirrhosis, or scarring of the liver if left untreated, severe consequences include liver damage, liver cancer, liver failure and death.

He emphasised the importance of getting the Hepatitis vaccine and urged them to take health precautions seriously because their career on and off the football field is dependent on good health.

He concluded by urging players and staff to get their Hepatitis tests and vaccinations in order to help prevent an outbreak. He continued by advising them to approach the issue as a football family since the country expects the best from everyone.