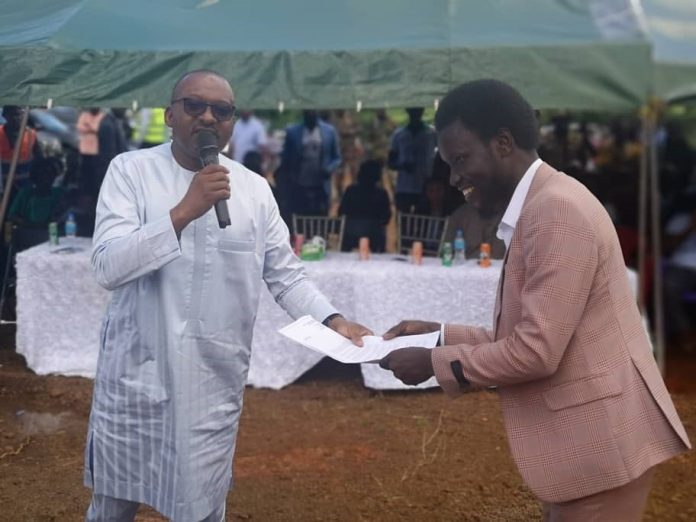 The raffle was organised by the Ministry of Lands Housing and Country Planning early this year, and the handing over ceremony was held at Kent Road, Bureh Town in the Western Rural District.

The Vice President cautioned the beneficiaries not to sell the lands that have been given to them. He maintained that Government will not tolerate any act of selling land that has been given freely to citizens, noting that the sale of State land acquired freely is a crime and unacceptable.

He admonished the beneficiaries to abide by rules instituted by the Ministry of Lands for peace and social cohesion, especially the law which forbids citizens from either selling land or engaging in activities in the Green Belt Zone.

Vice President Jalloh encouraged winners of the raffle draw to build houses within the plots of land allocated to them, and not on the right of way or another person’s land.

“Two town lots is enough to build a compound without interfering into the right of way” he emphasized, strictly warning that Government will take the necessary action against anyone who flouts the laws forbidding building on the right of way among others.

The land allocation site, he said constitutes a city that required additional facilities; he therefore assured the lucky winners of the construction of school, health center, market and land for the construction of church and mosque by the Government of Sierra Leone.

He recalled page 88 of the governing party 2018 Manifesto documents on land accessibility and affordability by ordinary Sierra Leoneans, noting that the handing over ceremony was an indication of the fulfilment of the promised made by President Bio to the people of Sierra Leone.

Vice President Jalloh further said that the ceremony was held to hand over land lease letters, survey plans and the land to the raffle beneficiaries.

Dr Jalloh told the audience that citizens have rights to expect from Government by requesting for opportunities or facilities, and it is Government responsibility to have the capacity respond to those expectations.

He informed about the much attention given to public expectation in the areas of education with increased enrolment of children in schools, expanding the quality of service in health facilities by President Bio.

He thanked the Minister of Lands Dr Turad Senesie and officials for creating the opportunity for Sierra Leoneans working in the public service to have access to State land. He commended the Ministry for the fair distribution of the land, describing the process as “access to land.”

The ceremony he said was recognition of the contribution of public sector workers to nation building by sacrificing their time, energy and their entire lives. He concluded by reiterating his advice for the beneficiaries to obey the laws guiding the community.

The lands minister congratulated the beneficiaries for their victory in the raffle draw, and thanked them for the patient exercised while the Ministry was making arrangement for proper allocation of the land. He told the beneficiaries that the ceremony was important because of the estimated value of the land, adding that one town lot is now sold at seventy-five thousand Leones new notes (Le 75, 000, 000 old notes).

He explained that Le 75,000 x 2 is Le150,000 per plot per person. Therefore, the ceremony was important because President Bio is putting one hundred and fifty million Leones old notes in the pocket of an individual that should have been used to buy two town lots.

Alphanzo Manley, Executive Director of civil society called Civil Rights Coalition stated that the handing over of two town lots per plot per person to five hundred beneficiaries was the first in the history of Sierra Leone since Independence in 1961.

He described the raffle draw process as transparent and fair, and attributed the land distribution to the vision of President Bio. He encouraged the beneficiaries and other citizens to register in the on-going voter registration and vote wisely in the June 2023 Presidential election if they want to continue benefiting from the transparent land distribution process and the Free Quality Education.

The programme was climaxed with the distribution of land lease letters, survey plans to beneficiaries by the Honourable Vice President Jalloh. Some of the beneficiaries include Paul Bangura of Rokel Village, Mohamed Karim of the Republic of the Sierra Leone Armed Forces with Plot number 93, Dr Thomas Ansumus Conteh with plot 48, Gabriel Foday Janneh with plot 96. 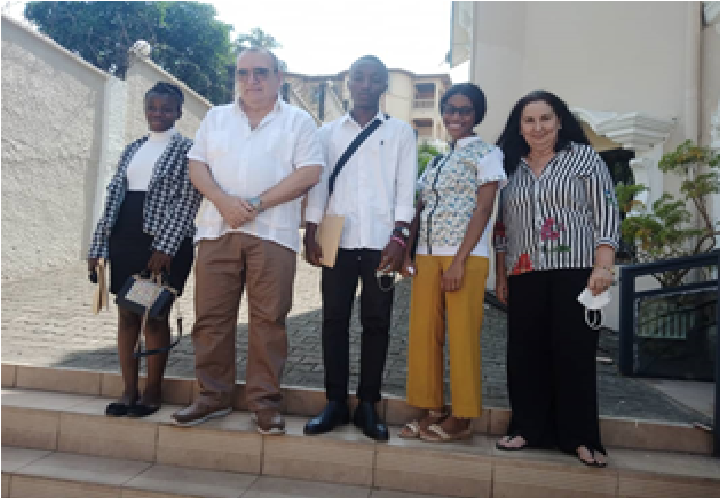