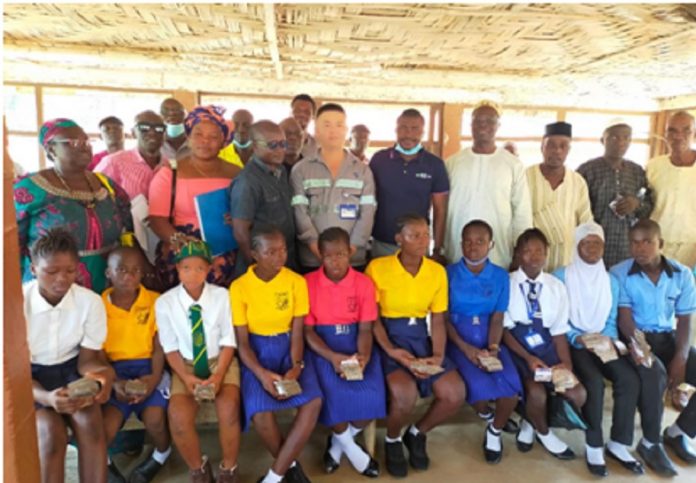 The human capital of any nation begins with the development of children when they are at a tender age. Such development is what propels them to becoming responsible citizens, able and willing to carry the mantle of leadership.

It is against this backdrop that the Kingho Railway and Port Company in Pepel and Kingho Mining Company in Tonkolili, decide to give educational scholarship to well deserving pupils who stood out in the 2021 National Primary School Examination (NPSE).

The exercise which commenced in Pepel Town, Kamasondo Chiefdom, was programmed to take place in also the three (3) mining communities and mining relocated communities. A total of forty-nine (49) scholarships were distributed to pupils with the highest scores per chiefdom. 10 scholarships were distributed per each of the four (4) direct operational chiefdoms of Kamasondo in Port Loko District; as well as Simiria, Dansogoia and Sambaia in Tonkolili district. Another nine (9) were also allotted to the mining relocated communities.

Meanwhile, during the presentation ceremony in Pepel Town, Bai Sama Kanu, Supervisor of Schools, Port Loko District thanked Kingho Railway and Port for complementing the efforts of government’s agenda of quality education. He also thanked the pupils, parents and school authorities for their efforts in pushing for success.

On behalf of the head teachers, Jestina Sesay of RC Primary School, Pepel Town, called on parents to ensure pupils work hard. She said the school authorities believe in collaborating with parents so that pupils realize their fullest potentials. Hence, she thanked Kingho Railway and Port Company for the kind gesture to the deserving pupils.

Moses Kapri Kamara, who spoke on behalf of the parents, thanked the company for supporting the agenda of government. He called on the pupils to do more so trhat they could be better citizens in Kamasondo and the country at large.

Speaking on behalf of Kingho Railway and Port Company Limited, Community and Security Manager Mohamed Turay said the company is not only operating mines, port and rail, but also supporting education in its respective chiefdoms. He said the scholarship distribution is done to make sure that a lot of people are educated in their operational communities.

The exercise is part of the company’s Corporate Social Responsibility to bolster education of pupils in the communities that are stationed in its operational sites. It’s very necessary to draw attention of the chiefdoms to the importance of education.

Meanwhile, in the released results from the West Africa Examination Council (WAEC), Tonkolili which is the mining operation district stood at 9th in the national districts chat with 78.3%, whilst Port Loko which is the Pepel Port district came 12th with 72.5%. 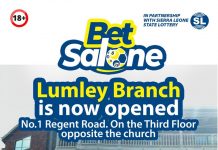 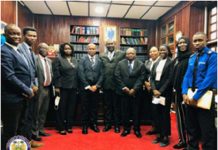