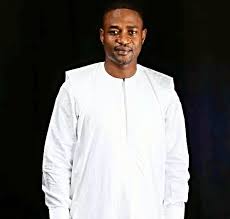 The accused persons were granted bail on Tuesday, 7th September 2021 by the Sexual Offences Model Court on 8 Counts of Sexual Penetration, Meeting a Child for Sexual Purpose and Conspiracy among others.

The first accused was granted bail in the sum of 100 Million Leones and two Sureties in like sum.One Surety must be a house owner with property situated in the Western area of the Republic of Sierra Leone and should produce an original Title Deed to the Master and Registrar.

He must deposit to the Master and Registrar all travelling documents both foreign and national.

Pursuant to the aforementioned, one of the Lawyers of the first accused approached the Master’sOffice for the first time on Thursday 9th September 2021. The two Sureties, Isha Baby Koroma (self-employed) and Swaibu A.K. Dumbuya, a retired driverwere brought into the Master’s Office after 5pm, on the Thursday.

Among the documents submitted were, one new Sierra Leonean Passport for the first accused (Kamarainba) with only a Guinean Entry Visa, an affidavit sworn to by him(first Accused)stating that he does not own any other travelling documents aside from the new Sierra Leonean Passport submitted, a Title Deed with no Valuation Report and Identification cards for the Two Sureties.

According to the Court, its findings were that the first accused has not produced his foreign travelling documents in total compliance with the bail conditions. Also one of the Sureties, Ms. Isha Baby Koroma, is not ordinarily resident in Sierra Leone, she told us in the interview that she is an US citizen.

In compliance with the Bail Regulations, to qualify to be a Surety, one must be ordinarily resident in Sierra Leone.