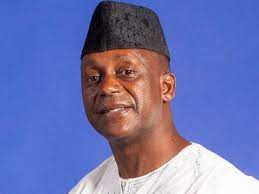 The exercise that covered the whole chiefdom kicked off on Thursday October 7th with teams led by the Councilors visiting communities in all the four Wards, holding small group meetings; and making public announcements with megaphones about the efficiency of the vaccines, and debunking negative social media news surrounding the Covid-19 vaccines.

With support from Ministry of Health officials, teams of nurses did mass vaccinations in Yumkellaya and Dintilipan locations.

The day started at Yumkellaya military base where all 12 section chiefs, the Chiefdom Speaker and major stakeholders met to discuss strategies for further citizens’ mobilisation.

The meeting was addressed by Hon Dr. Kandeh Yumkella, Councilors Dr. Joseph Kalokoh, the District Medical Officer in Kambia, the Senior Community Medical Officer based in Mafufunneh, religious leaders and other stakeholders.

Dr. Yumkella informed the communities that government and parliament asked MPs to lead the promotions in their constituencies and funded the activities.

Dr. Kalokoh commended the MP, councilors and chiefs for supporting this effort. He explained in detail the three available vaccines, namely the Johnson-and-Johnson, Pfizer and Sinofed.  He and his team also took the opportunity to explain the need for taking other vaccines especially for the under-five children.

All the section chiefs had already taken the first dose of the vaccines and they requested that the teams should visit their sections since the distances to the clinics were too far.

Dr. Kalokoh explained the logistical challenges of going to the many islands in the chiefdom but promised that government will endeavour to leave no one behind. The Chiefdom Speaker, Hon Hassan Turay and the Chairman of the Section Chiefs Committee, thanked the ministry of health officials, they reaffirmed their readiness to support the governments’ vaccination drive; they also praised the MP for organising the program and for personally being there to lead the effort.

The chiefs requested more vaccines and asked that the program be extended into their sections.