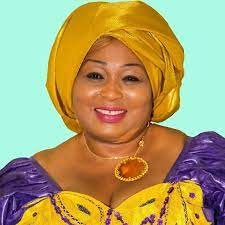 The Sierra Leone’s Minister of Gender and Children’s Affairs, Madam Manty Tarawally will participate in the Expert and Ministerial Meeting in Dakar, Senegal, from 14th to 16th October 2021 to examine the draft ECOWAS regional strategy for the prevention of and response to gender-based violence; and that of sexual harassment in the workplace and in educational establishments.

The ECOWAS Commission developed the draft regional strategies on the prevention of and response to gender-based violence as well as sexual harassment in the workplace and educational institutions in West Africa. The said documents would be submitted to the ECOWAS Ministers in charge of Women Affairs and Gender for adoption.

The regional meeting will mark a significant and decisive phase in the fight against inequalities facing women across all levels of society. The adoption of this strategy will undoubtedly respond to the need to consolidate Member State efforts to end violations of the rights of women and the girl child in the ECOWAS region.

Sexual and gender-based violence in their various forms, constitute a violation of the human rights of the victims, who are mainly women and girls. Such violence portends disastrous consequences on individual and societal well-being, peace and socio-economic development. Violence in any form is neither acceptable nor tolerable as it constitutes a blatant violation of a person’s fundamental human rights and leads to consequences that are detrimental to their health and dignity.

The Gender Experts meeting will take place ahead of the meeting of the ECOWAS Ministers in charge of Women Affairs and Gender.