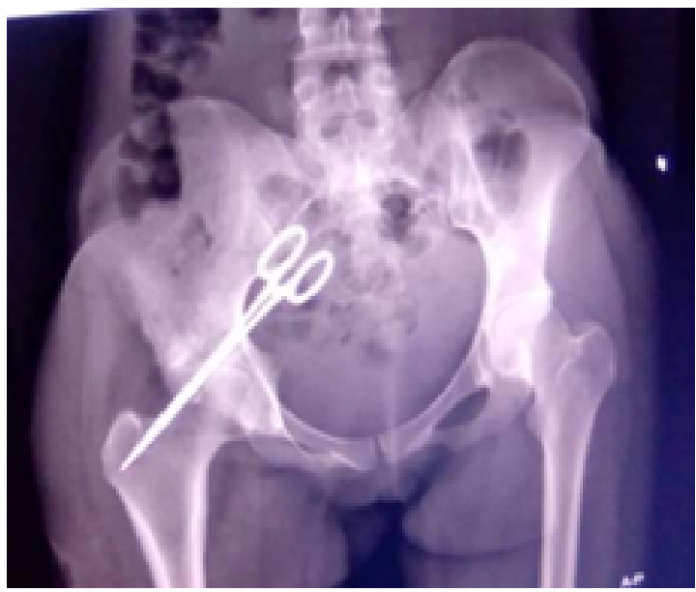 A women patient, Zainab Kamara, residing in Port Loko, northern Sierra Leone is now breathing freedom after a scissors was removed from her pelvic by an expert  doctor at the Masanga Hospital in Tonkolili.

According to reports, Zainab who went fora Caesarian operation and lost the baby at PortLoko district was left with constant pains after a doctor that operated her 7 years ago, mistakenly forgot a Scissors inside her stomach that later moved to her pelvic.

Reports say Zainab has been suffering with this pain for 7years, which led to an X-ray to be done on her and the results shows Scissors is in a Pelvic area.

President for Women In the Media Sierra Leone (WIMSAL), Femi Jarret Coker has called on government through its Ministry of Health and Sanitation to speedily investigate the doctor for such aterrible mistake. President Femi also called on people with similar issues to come out and speak up so they can be attended to by experts, while demanding justice for Zainab.

“We thank God for Zainab, the Scissor has been removed.We need justice for Zainab and the doctor that conducted the Surgery 7 years ago must face the law.We also urge other women who have similar issues to speak up”. President Femi stated.