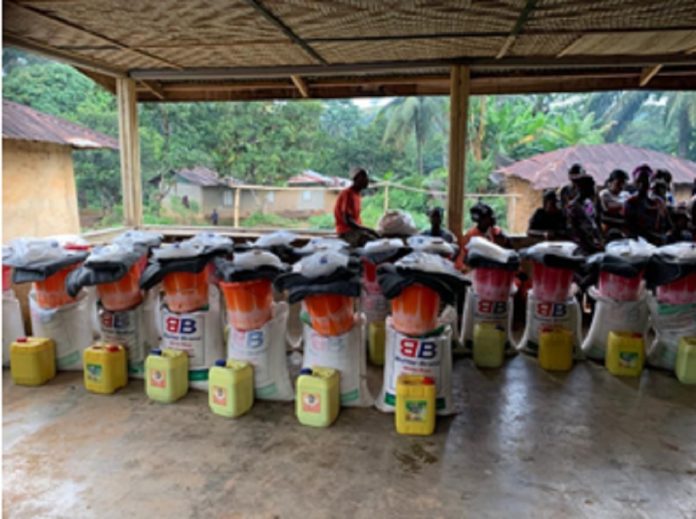 “Climate change is disrupting livelihoods of rural families; my advice to you is to stop cuttings down trees and develop the culture of planting trees, which will help in protecting the environment,” said Lt. Gen. (Rtd.) Brima Sesay, the NDMA Director-General.

Deputy Director of Response, TomayeMorlu Brewah, states that NDMA has a mandate to support the livelihood of people affected by disasters and strives to mitigate the calamities in the country.

He stressed that NDMA has an obligation to reach affected areas in the country, regardless of distance, ending with a piece of advice, “Let’s stop felling trees, especially in the towns, and let’s start planting trees to help protect the atmosphere.

Amadu Bah, the Head Teacher of the Ansaru Primary School in Palima, received ten bundles of zincs and ten packets of roofing nails, and ten of three- and four-inches nails each to refurbish the school that was damaged.

He thanked the government and applauded the work of the Agency; and Musa Karim who received on behalf of the Ahmadiyyah Secondary School, affirmed, “We will assure that this donation will be used for the right purpose.”

Victims in Gibina, KpetemaSeppeh, and Jonbuhun villages of the Lower Bambara chiefdom, Kenema district received food and non-food items and shelter kits to cushion the effect on their livelihood.

Chief Mohamed Jusu of SeppehKpetema, thanked the government for the support and prayed that God continues to bless the country and its people. “We pray for respite in the country, and the blessing of our leaders and our beloved president.”

Binta Bah, a beneficiary from the incident package, thank the government for this great support, she said, “ever since this tragedy affected our community, we have been sleeping outdoors, we are grateful for the government support.” 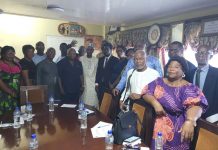 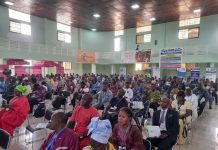 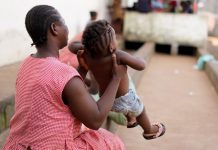