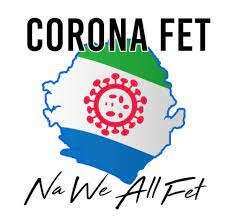 DICOVERC Coordinator in Kono District Ambassador Saa Samuel Sam has disclosed that the intensification of Covid-19 vaccination process in the district has seen about 7,000 people already vaccinated.

He said the essence of intensifying the vaccination processes is to curb the virus within the district and by extension adhering to the call of the Central Government in ending the chain of transmission as a whole in the country.

Ambassador Sam said “For us as a district we have been working together with our partners” among which he pointed out is the District Health Medical Team (DHMT), the religious, leader’s traditional healers, bike riders and with other pertinent stakeholders within the district..

He disclosed that in term of cases recorded so far “we have recorded 103 cumulative cases and we have about 20 confirmed deaths in the process, since the outbreak began in the country last year.”

He said for the third face of the virus, which is known as the ‘Delta Variant’, his district has recorded about 15 confirmed deaths, which is like 6% in the response.  The Coordinator said they have also had massive recovery from the virus, of over 60%, among which are men, women and children.

What we did in from the onset, we engage our stakeholders, the paramount chiefs to be specific. “We make sure they get hold of the entire response, we were able to create that community ownership of the response has help us greatly in term of combating the virus,” he said.

He said if they weren’t part of what they are doing, they would have struggled immensely in putting the virus under control, and achieved their goals.

He said even some serve as social mobilization staff, adding that in their own estimation, they are the best communicators to pass the message to their people. “If for example, you talk about regulations of passenger’s onboarding vehicles without facemask, then you need the traders union, who are in charge of the lemurs within the district, the driver union, and the bike riders. You need all of these people and we make sure they are part of our response.”

Ambassador Sam maintained that they have 38 teams across Kono, in all the chiefdoms. He said for the bigger Chiefdoms, they have three teams there, and for the smaller ones they have two teams. “In total we have the static and mobile teams in the district”

Another thing also we did was to engaged our stakeholder to be the first to take the vaccine. So that has also sent in some confidence and encouragement within our people to actually come forward for the jab.

“We have vaccinated up to 6, 000 and more people, now the surge is on. Already we have trained our staff both social mobilization and the medic.”

According to the EPI Cold Room officer at DMHT Foday Conteh and also one of the leads in the vaccination process said the process is in top gear in different parts of the district.

He underscored that people are rely coming for the vaccines , as on a daily basis they are getting high number of people taking the vaccine. He said there were some hesitations when they started the process, but due to their socialization mobilization team on the ground, they have convinced the minds of so many people in taking the jab.

Despite the turnout, he however called on the residents of Kono, who are yet to take the vaccine to make it a point of duty, to be vaccinated in order not to be killed by the virus.