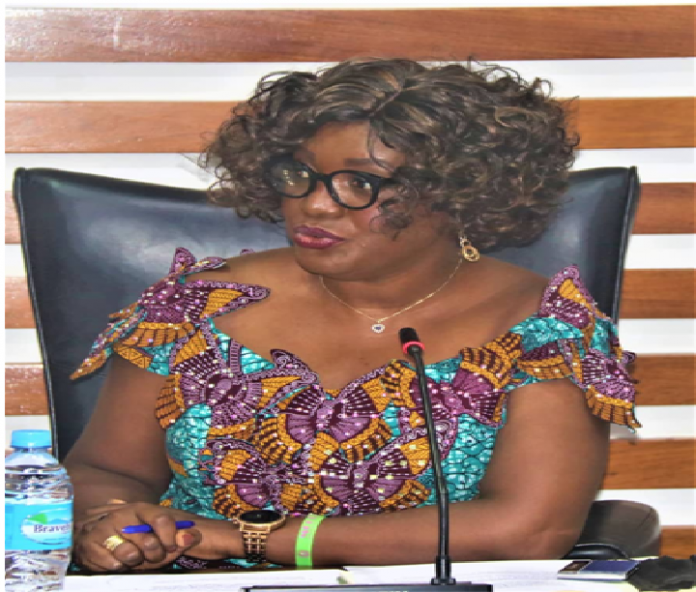 The Deputy Minister of Foreign Affairs and International Cooperation, Madam MamadiGobeh Kamara has met with a delegation from the Africa Union Border Support Team who are on an independent assessment of the Yenga Border dispute between Sierra Leone and Guinea. A situation that has existed for over two decades.

The leader of the delegation and focal person, Mr. Grant Herbert expressed his appreciation to the Government of Sierra Leone for extending to the AU a request for an amicable resolution of the Yenga issue between their country and neighboring Guinea. This he said was the African way to go.

“African problems must be resolve in Africa and by Africans’’. He stated.

He assured the Government of Sierra Leone of an independent, credible and comprehensive report on the Yenga issue after their findings.

The Deputy Minister of Foreign Affairs and International Cooperation, Honorable MamadiGobeh-Kamara welcomed the delegation from the Africa Union to the Ministry on behalf of His Excellency the President of Sierra Leone, Rtd Brig. Julius Maada Bio, and also the Minister of Foreign Affairs, Professor David John Francis, who she said was away on an official assignment. She continued by conveying Government appreciation to the Africa Union for all they have done and continue to do to make Africa a continent everyone aspires to be part of.

The Deputy Minister said Sierra Leone and Guinea share long history of bilateral relations, but that many footless efforts has been made in order to peacefully resolve the Yeaga issue.  She reaffirmed Government’s believe in a peaceful coexistent, while assuring the delegation of Yenga being Sierra Leone’s territory.

“We are hoping as a Country and Government that the reports of your findings after this visit will give recommendations on how we can progress on a win – win outcome”. She concluded.