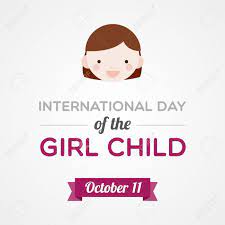 Human Solidarity, in collaboration with Caritas and other partners have celebrated the International Day of the Girl Child (IDGC) at the Christ Standard Secondary School at Hastings outside Freetown on the theme: ‘Safeguarding our Beautiful Flowers from Human Pest.’

In his keynote address, Rev. Father Peter Conteh, Executive Director, Caritas Sierra Leone said the global theme for this year’s commemoration ‘Digital Generation’ if judiciously utilized would help girls to learn and be disciplined, that modern technology and the social media have advantages and disadvantages, recalled the Beijing Conference for women in China and later the United Nations Declaration of the Day, urged the girls to use their voices with respect to transform society as well as use education to foster values reminding them that some girls do not have the opportunity to go to school.

He also appealed to the girls to disseminate the knowledge gained from the event to their colleagues and communities, be focused, not to allow themselves to be influenced by their peers, be role models and informed that they are implementing a project on sexual gender-based violence and awareness-raising on issues affecting girls and women and urged the girls to put the messages from the event into good use.

In his brief history of the (IDGC), Idriss Mansaray jnr. enlightened that the day was initiated by the Indian Ministry of Women and Children’s Development in 2008 in partnership with the Indian Government to among others highlight and address issues of rape, inequality, ill-treatment and other issues affecting women and girls.

He furthered that the initiative was also to enhance education as well as the development of girls to become productive in society, create a conducive environment for them to ensure and protect their rights and revealed that Human Solidarity has over the years awarded scholarships to the poor and needy in the Hastings community in addition to building the capacity of youths.

Mr. Mohamed Zombo, Monitoring and Evaluation Officer, Sierra Leone Adult Education Association described girls as the gold of human spices, that girls have all the values intimating that one of the core mandate of his organization is to provide non-formal education to dropouts that has benefited over 1,500 youths, 60% of whom are women as well as giving support grants to communities and promoting citizens’ participation in governance, protecting victims of gender-based violence and early marriage and supports 30 organizations nationwide that has positively transformed the lives of youths.

He furthered that Sierra Leone has adequate laws to protect girls and women and gender parity and underscored that girls are the goals of the human race.

On behalf of Purposeful, the Executive Assistant, Massa Esther Nyalay Bockarie urged girls to be vocal in advocating for change inspite of their age as they are not young to make a difference, stand up for justice, be the voice of the voiceless, observed that in Sierra Leone children are to be seen and not heard, that youths should be champions to transform their lives and society as well as create impact citing Malala Yousef of Afghanistan who is advocating for girls education in her country and Groton Stenberg of Sweden who is championing climate change issues that is now a global concern.

Betty Kallon, a Child Champion Community Activist asserted that the girls have potentials and that some of them are future leaders, that they are a special creation, that girls can do what boys can do and that they are important worldwide.

She also appealed to them to be focused, be content and not expect more in their standard of living, warned parents against using children as slaves, traders or laborers nor abuse them adding that girls today are very conscious and appealed to them to make use of the opportunities they have by choosing the right goals.

Mrs. Alphinia Thompson, Program Manager, Radio Maria and Commissioner, Independent Media Commission, admonished the girls not to allow people to distract them, be studious and not fall into love.

Other dignitaries who made statements at the auspicious occasion included Rev. Alfred Sesay, a Board Member of Human Solidarity, Mr. Idriss Gibson Mansaray, National Coordinator, Human Solidarity who rendered the vote of thanks and the Head of the Police Family Support Unit at Hastings.

Highlights of the event were the skits, recitation of poems and drama performances by the School Advocacy Forum Pupils, statements by the motivational speakers and the float parade.

On Friday 8th and Sunday 10th October 2021, Muslim and Christian prayers were offered for the girl child respectively.