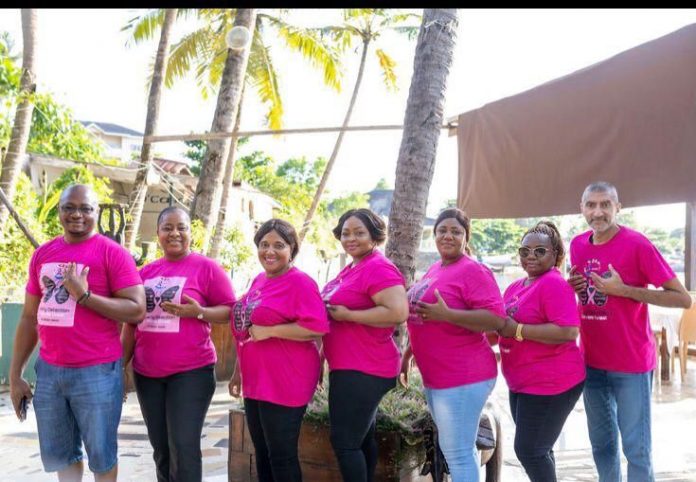 Cancer UK-Salone Charity, has supported a 12-year old girl with a Benign Breast change and a 40-year woman, with what appears to be an Invasive Breast Cancer to have both ultrasound and biopsy at the Choithram Memorial Hospital in Freetown.

The Charity further supported the 40-year-old woman, (who also has 6 children depending on her and a single source of income from selling cassava bread and fried fish in Waterloo), with some cash.

Since she became ill, the lady has spent all her savings in meeting hospital bills.

Cancer UK-Salone has vowed to continue supporting the two patients throughout their treatment/management at the Hospital, and has also vowed to collaborate with child protection partners and other institutions to provide nutrition and sustainable support.

Cancer UK-Salone is a non-profit Charity registered with the UK Charity Commission and Fund-Raising Regulators to carry out its mandates in both the UK and Sierra Leone.

It promotes well-being of the vulnerable and underprivileged (especially women and children) battling with Cancer through advocacy, education, capacity building, support and protect wellbeing.

The Charity has a Service Level Agreement (SLA) with the Ministry of Health and Sanitation. Its motto is “Bridging The Care Gap”.

In similar development, the Charity held a Breast Cancer Awareness session at the New Alexes Beach Bar past week.

She said the gathering was a soft launch in Sierra Leone, but hoping to have a grand launch on the 4th February 2023 – World Cancer Day”.

She thanked the Charity’s Trustees and Patrons, friends and family and Sister Squad among others for their unflinching support to the works of the Charity.

October is Breast Cancer month. It is used for advocacy, awareness raising and fundraising, although breast care and breast cancer conversation goes on through the year.

Cancer UK-Salone Charity will be having a 2-day ‘WEAR IT PINK’ event on 21st – 22nd October this year at the Pavilions Shopping Centre, Waltham Cross, UK and the guest of honour will be His Lordship the Mayor Cllr Paul Ceeby.