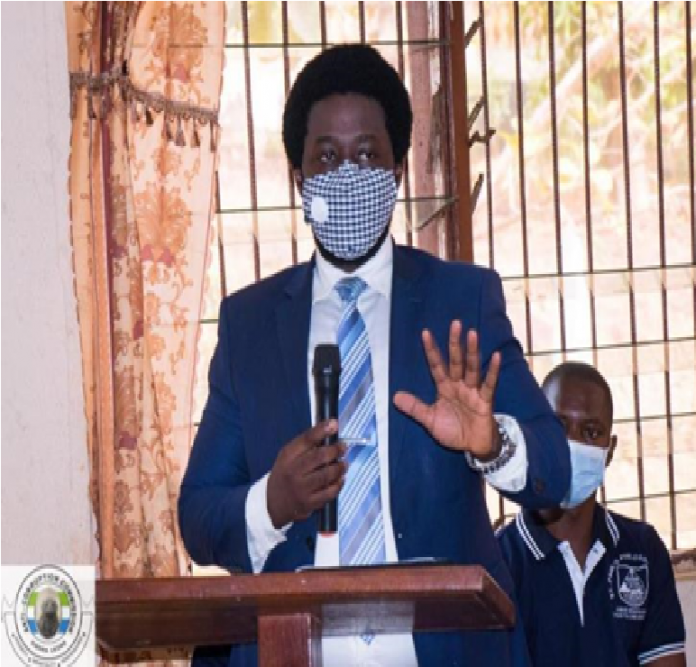 The Commissioner of the Anti-Corruption Commission Sierra Leone, Francis Ben Kaifala Esq. has at the St Paul’s Major Seminary Hall, at Regent, in Freetown, delivered a soul resurrecting, mind changing and path redirecting public lecture on the theme “How Corruption Undermines the Development of a Nation”, organised by the Philosophy Club of the Seminary.

The event, which attracted the Administration, priests, lecturers, students of the Seminary, youth and some members of the public, provided an opportunity for the ACC Czar to continue his relentless interaction with the public, designed to update them on the activities of the Commission and muster their undivided support for the fight against corruption.

After expressinghis profound indebtedness to the Leadership of the Seminary and the Philosophy Club for the invite,the ACC Commissioner said the country stands to immensely benefit from such discourse given the fact that as a Commission, we believe the more enlightened the citizenry are on the caustic effects of corruption on nation-building, the more momentum the campaign will gain.

The Commissioner, referencing several verses in Holy Bible, was quick to premise that God Himself outlaws corruption and has vowed trepidation, agony and destruction for people who indulge themselves in it.

He reminded the jam-packed hall of the word of God in  Proverbs 15:27 “Whoever is greedy for unjust gain troubles his own household, but he who hates bribes will live;” and Hosea 9:9 it is written,“They have sunk deep into corruption, as in the days of Gibeah. God will remember their wickedness and punish them for their sins.”

Mr. Kaifala described corruption as stealing from the poor; and highlighted some of the major drivers of the scourge, ranging from conflict of interest, cronyism, nepotism, misappropriation, abuse of office/position, bribery, to name but a few. He said these forms of corruption are foundational and principal culprits that undermine the nation’s development. He therefore warned that strong radical actions are required to treat corruption and admonished all to express revulsion for the scourge and denounce all those who indulge themselves in it.

Mr. Kaifala furthered that, when he became Commissioner in June 2018, it was clear that corruption was an emergency that required robust, radical and stupendous crackdown to address it, adding that the recalibrated non-textbook approach in fighting corruption is madness to many, but“a well organised madness that was needed to change the narrative”.

Citing 2Peter 2:19 “They promise them freedom, but they themselves are slaves of corruption. For whatever overcomes a person, to that he is enslaved,” Commissioner Kaifala concluded that “our country is enslaved to corruption. It needs to be exorcised fast. You the religious leaders need to join us and make daily condemnations against corruption…Corruption, a common danger in our life time, must be eliminated. With hope and virtue, let us brave the rains, the sun, and endure what storms may come, but we must fight corruption so that our grandchildren, and their children, shall know that when we were tested we refused to let this journey end, that we did not turn back nor did we falter. We shall carry forth the fight for future generations.”

Earlier Reverend Father Edward Gomez, the Rector of the St. Paul’s Seminary, thanked the ACC Commissioner for agreeing to deliver the lecture. He said the Church has a natural commitment to address the needs of society, one of such being corruption. He encouraged the ACC to continue leading the anti-corruption campaign and assured them of prayers and divine presence.

Reverend Father Leonard Umaru Bangura, Dean of Studies at the Seminary, earlier also stated that they need such engagements with the ACC as moral guarantors of society.