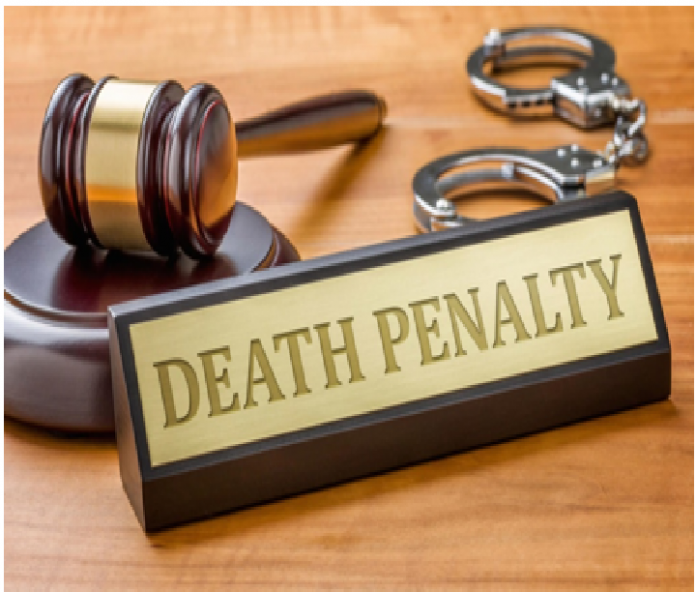 President Dr Julius Maada Bio has completed a symbolic signing into law of the Abolition of the Death Penalty and consoled those who have lived with the pain of losing a loved one to a judicial execution.

“But the real heroes of today are citizens who for sixty years have cowered in real fear for their inalienable and inviolable right to life. Today, we have again made history. As a nation, we have today exorcised horrors of a cruel past,” he said.

The president recalled when he first proposed abolishing the death penalty in its entirety for all capital crimes, there were widespread scepticism, cynicism, and outright hostility.

He added that while some people had cautioned him, warning that it was unwise to let go of the ultimate cudgel that had kept political opponents in line, others wondered whether that was really what he wanted to do.

“Those who did not wish to be seen as hard dissenters made counter proposals that we could keep the death penalty for some crimes. My position was a hard and firm NO to the death penalty in all its forms and for all crimes. The state has absolutely no obligation to undertake judicial killings of its own citizens in order to instill law and order or for political gain.

“The all-too-familiar phrase of ‘hanging persons by the neck until they die’ or ‘tying persons at a stake and gunning them down’ is cruel, inhumane, and degrading. We are a civilised nation. We should not; we shall not; and we will never again execute any persons in this sovereign republic.

“With the abolition of the death penalty in Sierra Leone, we today assert our belief in the sanctity of life, affirm every citizen’s constitutional right to life, and commit ourselves to a future of great optimism, social justice, and respect for all persons,” he said.

Representing the diplomatic community in the country at the event, British High Commissioner to Sierra Leone, Lisa Chesney MBE, expressed delight at the opportunity to be part of what she called a historic occasion, adding that the UK was privileged to have supported the government’s ambitious and courageous steps to abolish the death penalty in the country.

“At a time when democratic processes and the rule of law are under pressure in every part of the globe, under your leadership, your government has made a bold and powerful statement both here at home, and to the international community – that Sierra Leone advocates a rules-based international system, founded on the principle of universal and inalienable rights for all citizens,” she said.

Chief Justice Desmond Babatunde Edwards noted that Sierra Leone would be joining over 144 countries that had abolished the law and practice of the death penalty, explaining further that the death penalty or capital punishment was the execution of an offender or accused person to death after conviction by a competent court of law of a criminal offence.

“Death Penalty found its way into Sierra Leone Laws courtesy of Certain Statutes viz Murder under the Offences Against The Persons Act 1861, Robbery with Aggravation under Section 23 of the Larceny Act, 1916, Mutiny under the Sierra Leone Military Forces Act, 1961 and the Law of Treason under the Treason and State Offences Act, 1963,” he recalled.

Acting Minister of Justice, Umaru Napoleon Koroma Esq, said in fulfilment of one of President Julius Maada Bio’s manifesto promises to abolish the death penalty, Parliament unanimously abolished it by passing the Abolition of the Death Penalty Act on Friday 23 July 2021.

“Prior to the passing of the said Act, the 1991 Constitution provided for the use of the death penalty for aggravated robbery, murder, treason, and mutiny. Capital punishment has now been replaced with life imprisonment or a minimum 30-year jail term for crimes such as murder or mutiny,” he concluded.