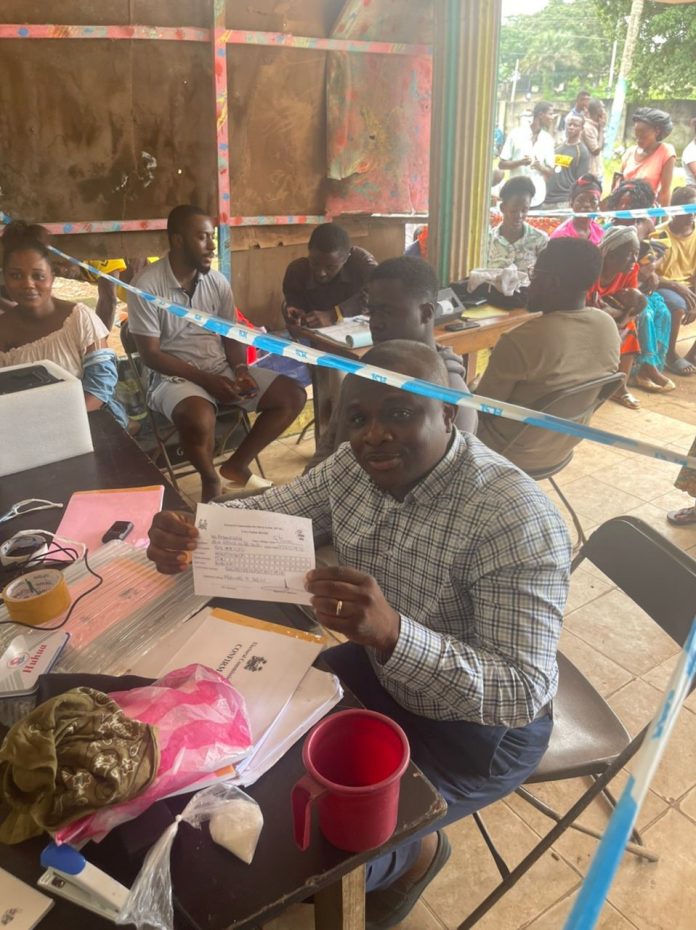 The Chief Executive Officer (CEO) for the Africa Young Voices (AYV) Media Empire, Ambassador Anthony Navo Jr., has called on Sierra Leoneans at home and abroad to come out and get themselves registered to vote in the 2023 elections.

The Ambassador is now all set to cast his votes in the June 2023 multi-tier elections in Sierra Leone.

Giving his general assessment of the voter registration process in the Old School Center where he was registered, Amb Navo Jr. said it took him merely 3 to 5 minutes to go through the entire process of registration.

“With the less than 5 minutes that I took at the Centre while waiting to be registered, I noticed a smooth, speedy and easy registration process going on. There were no challenges that I witnessed. What captured my admiration in the Centre was the professionalism of the EC-SL staff and also the peacefulness and calmness of the people in the queue waiting to be registered.” Ambassador Navo Jr. stated.

He ended by adding his voice to the clarion call made by stakeholders from the EC-SL, ruling and opposition political parties for people to come out and get themselves registered to vote come 2023 elections.

Ambassador Anthony Navo Jr. cut short his United Kingdom (UK) vacation, where he has been resting with his lovely family, and returned home early this week to take part in the voter registration process.

“There are millions of Sierra Leoneans out there in the Diaspora who can copy a good example of Ambassador Navo Jr. to come home and get themselves registered if only they are as patriotic as Amb Navo,” a senior EC-SL told this medium yesterday.