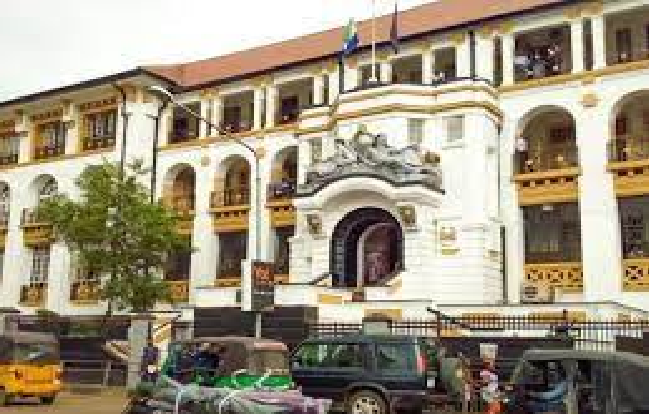 The three accused persons, Kelie Koroma a trader and Sierra Leonean by nationality; Ibrahim Kamara and Sulaiman Samura, power saw Operators and Guineans by nationality appeared before Magistrate Santigie Bangura to answer to two counts of Aggravated Sexual Assault contrary to Section 19A of the Sexual Offences Act No. 12 of 2012 as repealed and replaced by Section 4 (B) (1) of the Sexual Offences (Amendment) Act No. 8 of 2019 and Conspiracy to Commit Felony contrary to Law.

According to the particulars of offence, the accused persons on the 1st day of June, 2021 in Kombili village, Morifindugu Chiefdom in the Falaba Judicial District in the Northern province of the Republic of Sierra Leone engaged in an act of Aggravated Sexual Assault with an eighteen years old farmer.

The victim explained that she was returning from the toilet to her apartment after 8:00pm when she was attacked from the back by the accused persons.

“They held me from the back and dragged me to the nearby stream,” the victim said, whilst stating in tears that they sexually penetrated her and threatened to kill her with a knife if she didn’t keep her mouth shut.

She said she was in pain and became unconscious with bruises allover her body.

The matter was reported to the Mongo police station where a medical form was issued at the Family Support Unit. The matter was investigated by Detective Sergeant 11062 Sesay S.J.

The accused persons were represented by A.O. Kamara Esq. Assistant Superintendent of Police, ASP Conteh is prosecuting the matter. No plea was taken.

Meanwhile, the High Court Criminal Session will commence in Mongo Bendugu, Falaba District before the end of September, according to the Hon. Chief Justice, His Lordship Justice Desmond Babatunde Edwards. This is to ensure access to justice and expeditious trials. The matter will continue at the Masabalia Magistrate Court in Mongo Town, Falaba Judicial District.