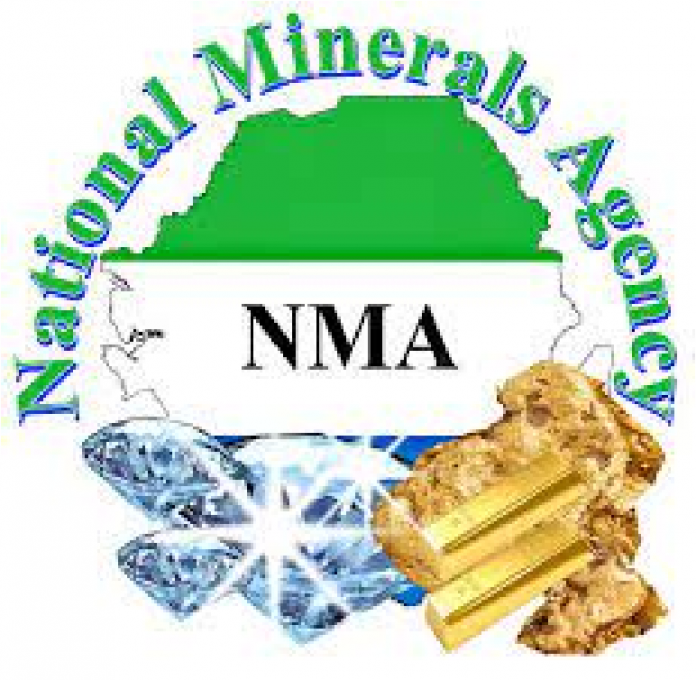 The Chairman of the Mines and Minerals Committee in the House of Parliament, Hon. Emerson Lamina has revealed that Algom Resources a company that was given exploration license to operate for 4 years was unfairly treated over the mines in Valuina chiefdom in the Bo district.

The revelation was made during the presentation of the Committee Report on engagements with mining stakeholders, companies and MDAs on the mining situation in the country.

The Report states that in April and May, 2021 the Committee was concerned over reports from the public and two Mining Companies (Kwabena and Algom Resources) over the issuance of ElA and Mining License of the Baomahun Gold concession in the Valunia chiefdom by both the Management of NMA and EPA.

It went on that a joint committee of Mines & Mineral Resources, Transparency & Accountability and Environment met with the Managements of NMA, EPA and Kwabena and Algom Resources Mining Companies to look in to policy implementations surrounding the Valunia gold concession which has been very topical.

The Chairman of the Mines & Mineral Resources Committee said Sections 93, 95 and 107 of the Constitution mandated the Members to probe over circumstances surrounding the Baumahun Gold Mines and also investigate whether procedures were followed in the interest of the people, the country and also the investors.

He concluded by inviting both MDAs to give comprehensive presentation on the Valunia Gold mines for sustainable mining.

Representing the Agencies, the head of EPA and NMA explained their mandates, roles and responsibilities in policy implementations within the Mining Sector.

They stated that six different companies expressed interest in the Baumahun concession and they carefully looked at the applications to know whether they are technically and financially capable for sustainable mining over the mines.

The EPA Head also maintained that the Agency does not issue mining licenses as that is squarely the responsibility of the Ministry of Mines.

According to him, the EPA looks at the environmental sateguards of its operation. He concluded that after thorough scrutiny in terms of categorization and ecological sensitivity and mitigation measures the suitable Company (FG Gold) was invited to do Public Disclosure.

The NMA Representative, Prince Cufley said, they invited Algom Mining Company to present their mining plans because in the past they were only working on a concession that had been well explored even after the expiration of their mining license.

They were therefore asked to apply for a full blown mining license.

The Management of Algom Resources Limited narrated that in 2017 an exploration license was granted them for a period of four (4) years after the cancellation of Amara Gold mining lease in the Valunia chiefdom, Bo district.

The Management added that during the exploration, they encountered some challenges with the Community and land owners largely resulting from non- payment of surface rent which has been resolved amicably.

They confirmed to the Committee that feasibility study report have been completed which is in line with the standard of mining lease application with respect to the provision of the current mines & minerals acts and Regulations.

They revealed also that in August, 2020 a full scope of ESHIA study has been submitted to the EPA in fulfillment of the requirement for the application for a large – scale mining lease.

That the proposed public Disclosure process was at the final stage when EPA wrote them on their decision to suspend the process until the Company resolved all outstanding issues with the community.

They however clearly confirmed that the land owners and community stakeholders agreed to endorse and work with Algom as they are ready for the signing of Agreement for the purpose of applying for a Mining Lease with documentary evidence.

Both Companies concluded that, the process was not transparent and therefore implore for government to intervene for a workable solution and to save the reputation of the government from being tarnished by potential investors. The mining sector has in the past provided job for over three hundred thousand which is used to account for about 24% of our GDP but stands challenging at the moment