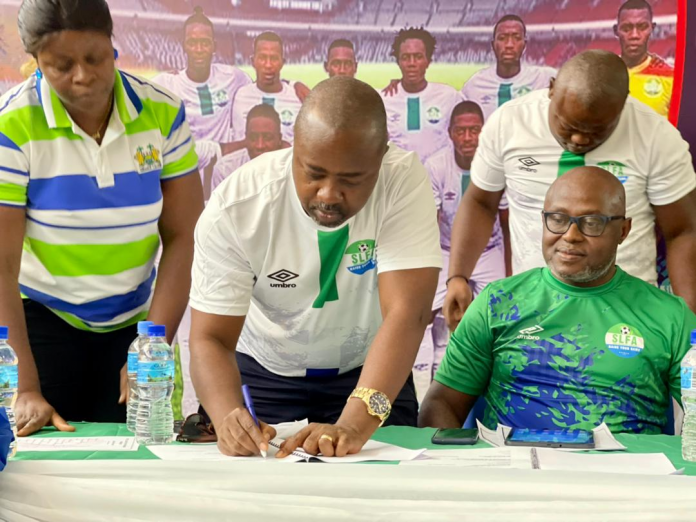 Sierra Leone Commercial Bank, the country’s leading state-owned bank has announced the donation of Le750 million to the Sierra Leone Football Association to support the Men’s National Team, Leone Stars as they prepare for the 2021 African Cup of Nations in Cameroon.

The Bank’s intervention is in adherence to the recent challenge by President Dr. Julius Maada Bio for the private sector to complement the government’s efforts to provide the much-needed financial support to Leone Stars and make their dream trip to the AfCON 2021 a memorable one.

The Bank’s support is so far the highest from any private institution in the country to football and Leone Stars specifically.

The promotion is for both existing customers and individuals who will want to take advantage of the opportunity. All they will need is to open an account with the Bank with an initial Le250 thousand to qualify for the raffle draw to either win the package to the AfCON 2021 or other attractive prizes including the original Umbro Leone Stars jersey.