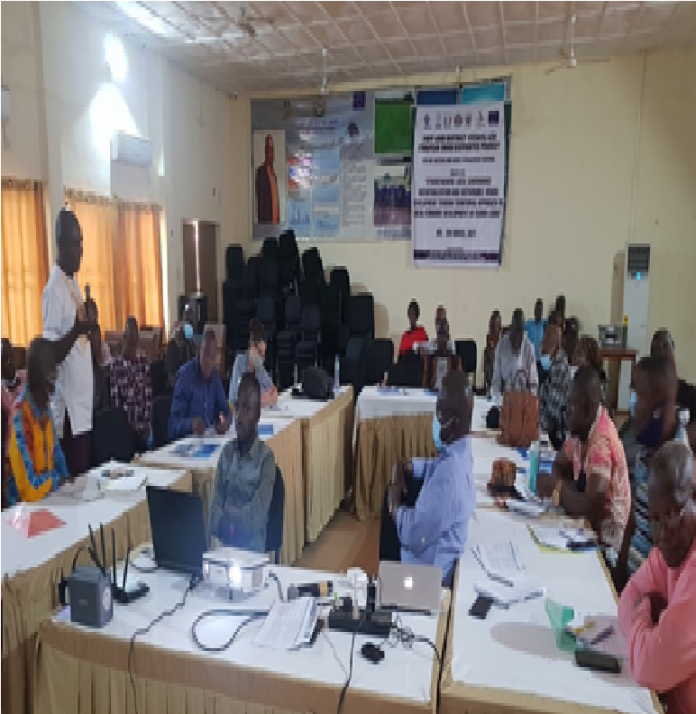 At a kick-off meeting and grant management training, held on Monday, 8th March, 2021, in the conference hall of the Port Loko District Council, Dr. Julius Munthali, Team Leader for EU’s Support to Civil Society & Local Authorities for Local Development in Sierra Leone, said the management training was to provide technical support for the five Local Councils in Sierra Leone and the Council in the Municipality of Fano in Italy, which have signed a contract agreement with the EU.

“The EU requested the Project Management Unit to provide technical support in terms of rules and procedures that govern implementation of grants. We have taken the implementing partners (the five Local Councils) through a number of issues like financial management and grant management so as to ensure that the project is implemented in a professional way in order to achieve its objectives,” he said.

He said the expected outcome of the training was to acquire knowledge and skills for the implementing partners to enable them to implement EU funded project, adding that the EU has got a very high standards and rules governing implementation of grants that beneficiary councils should follow.

“Our focus of the training was procurement, reports writing, implementation plans, so that by the end of the day, they have all the knowledge and skills to implement project and more importantly deliver service to the people,” he said.

He disclosed that one of the implementing partners of the EU grant is the Municipality of Fano in Italy, which has done so well in urban governance, and will have to help the Local Councils in Sierra Leone to learn the best practices.

“This kick-off meeting was to enable the implementing partners to abreast themselves with the project goals, expectations, and results. It is a three-year project and it is expected that at the end, the partners will have lot of experience in urban governance, and also begin to implement local economic development projects in their respective councils,” he noted.

Alhaji Alhaji Bangura, the Chief Administrator of Port Loko District Council, said on 16th December, 2020, they signed a partnership agreement with the EU in accordance with global call for the implementation of projects in five Local Councils in Sierra Leone.

“The training was a special occasion of interaction between the EU delegation of technical people and core staff of the beneficiary councils that will implement the EU-funded project. Lot of ideas were discussed on financial management, procurement and the general concept of the EU in the implementation of activities in Sierra Leone,” he said.

He said it was also to enable people, who are relevant in this process, to be capacitated in ensuring that they implement policies and procedures that are in line with the EU expectations.

“We are now comfortable after the training to implement this project but we will also have another session where the EU technical team will take beneficiaries through the procurement processes, and the financial accountability, so as to equip councils’ finance and procurement officers in that regard,” he noted.