The Cyber Security and Crime Act 2021 criminalizes online insult, meaning that anyone who feels insulted online could file a criminal report with the police. But in Sierra Leone, criticism of government and government officials is often seen as insulting – which could put journalists, activists, and members of the public who criticize the work of the government in danger of being arrested.

According to the Budapest Convention – which is an internationally recognized treaty on Internet and computer-network crimes – cybercrime legislation should aim at protecting online safety and reliability from a “technical” perspective. But according to one International Freedom of Speech Expert, Dr. Joan Barata, Sierra Leone’s Cyber Crime Act created additional offences that curtail the right to freedom of expression online, particularly political speech.

For her own part, Dr. Sylvia Olayinka Blyden, journalist, politician, and business entrepreneur, among others, agrees that this risk is real. “I think, because of our traditional and cultural values, sometimes people in authority are not seen as somebody who should be criticized. When you criticize people in authority it is taken as an insult.” As an example, Dr. Blyden said that, saying something as simple as ‘the President has not said the truth’ could be taken as an insult.

“Even those who are not in position of authority, because of our cultural and traditional values, what you would say in other countries gets misinterpreted as being insult [in Sierra Leone],” she explained. Dr. Blyden believes that in Sierra Leone journalists can never be safe from any government, and for that reason the Cyber Security and Crime Act, 2021 may be used to persecute journalists.

“You have to realize that if a government wants to get at you, they can cook up charges to court; so that is a fear that you cannot protect yourself [from], especially someone like me; if my political opponents want to come after me, they would, and cook up the charges,” she explained.

Dr. Blyden was arrested, detained, and prosecuted in 2020 because of her work. Referring to the incident, she says: “The government of the day was playing politics, they needed to have me out of the way, and they came out with these … bogus charges.”  The matter was ultimately thrown out of the court. Her main fault, she says, is that she is a powerful woman with presidential ambitions.

Mariama Yormah, National Cyber Security Coordinator under the supervision of the Ministry of Information and Communication, said that every citizen in Salone has the right to free speech, including to criticize the government, but “tarnishing” someone’s character was unacceptable. “Try as best as possible not to bully people online, be abusing them or be tarnishing their character … [If] you are targeting a particular individual, you are tarnishing their character, and you know what you are saying is not true … that one needs to be avoided. And things that would cause chaos, panic, instability in the nation, that is a crime,” she explained.

Meanwhile, Yormah repeatedly stated that there is nothing in the Cyber Security and Crime Act which prohibits freedom of expression.

Criticism in a democracy

“These provisions essentially introduce vaguely defined offences which may cause the criminalization and prosecution of protected speech, including political speech critical with the Government,” said Dr. Barata, and gave the example of article 44, which criminalizes communication from a person to another if he knows that his conduct “is likely to cause that person apprehension or fear of violence to him or damage or loss on his property” or “detrimentally affects that person.”

Dr. Barata also clarified that the right to seek, receive and impart information is more important and prevails over the right of an individual to his reputation, especially when the information shared is of public interest. In other words, a government official should not claim that their character was tarnished when someone is trying to reveal an allegation of corruption or misconduct, or express concerns.

In addition, Dr. Barata raised concerns with Part IV of the Act which allows the government to search and confiscate stored computer data, expedited preservation and partial disclosure of traffic data, real time collection of traffic data, and interception of content data.

“These powers do not incorporate sufficient safeguards, including prior judicial authorization, to properly guarantee that they will not unnecessarily or disproportionately affect the right to freedom of expression or the use of privileged information by journalists, for example,” Barata explained. This last aspect, he added, represents a contravention of article 15 of the Budapest Convention, that clearly demands that States ensure that the establishment, implementation and application of cyber powers and procedures “are subject to conditions and safeguards provided for under its domestic law, which shall provide for the adequate protection of human rights and liberties.”

Criticism is the lifeline of a healthy democracy

Judiciary Spokesperson, Elkass Sannoh says that to criticize a government, or a president does not fall under any form of cybercrimes. However, Sannoh explained that a person “cannot insult a president or a government trying to bring psychological trauma to intimidate them through the internet. It’s an offence, but when you engage in constructive criticism, that’s not a crime.” He advised people to tailor their concerns in a responsible manner.

But Dr. Barata says that criticism does not need to be “constructive” to be protected, and explained that international human rights law establishes several important applicable criteria. Government officials should have a higher tolerance toward insult from the moment they assume office, as this comes through the virtue of the job they chose to do. Moreover, cases of insult should be civil cases, not criminal, Barata said.

“The use of strong words and the expression of extremely critical opinions is protected under the freedom of expression clause and constitutes legitimate political speech,” Dr. Barata explained. Secondly, the use of serious derogatory (negative) words constitutes insult only when the person does it with the only intention of harming that person. But if the negative words are for the purpose of disseminating information and opinions on issues of public interest, they should not be prosecuted as insult. 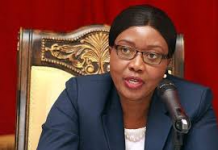 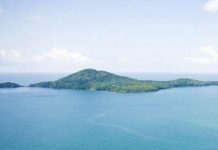